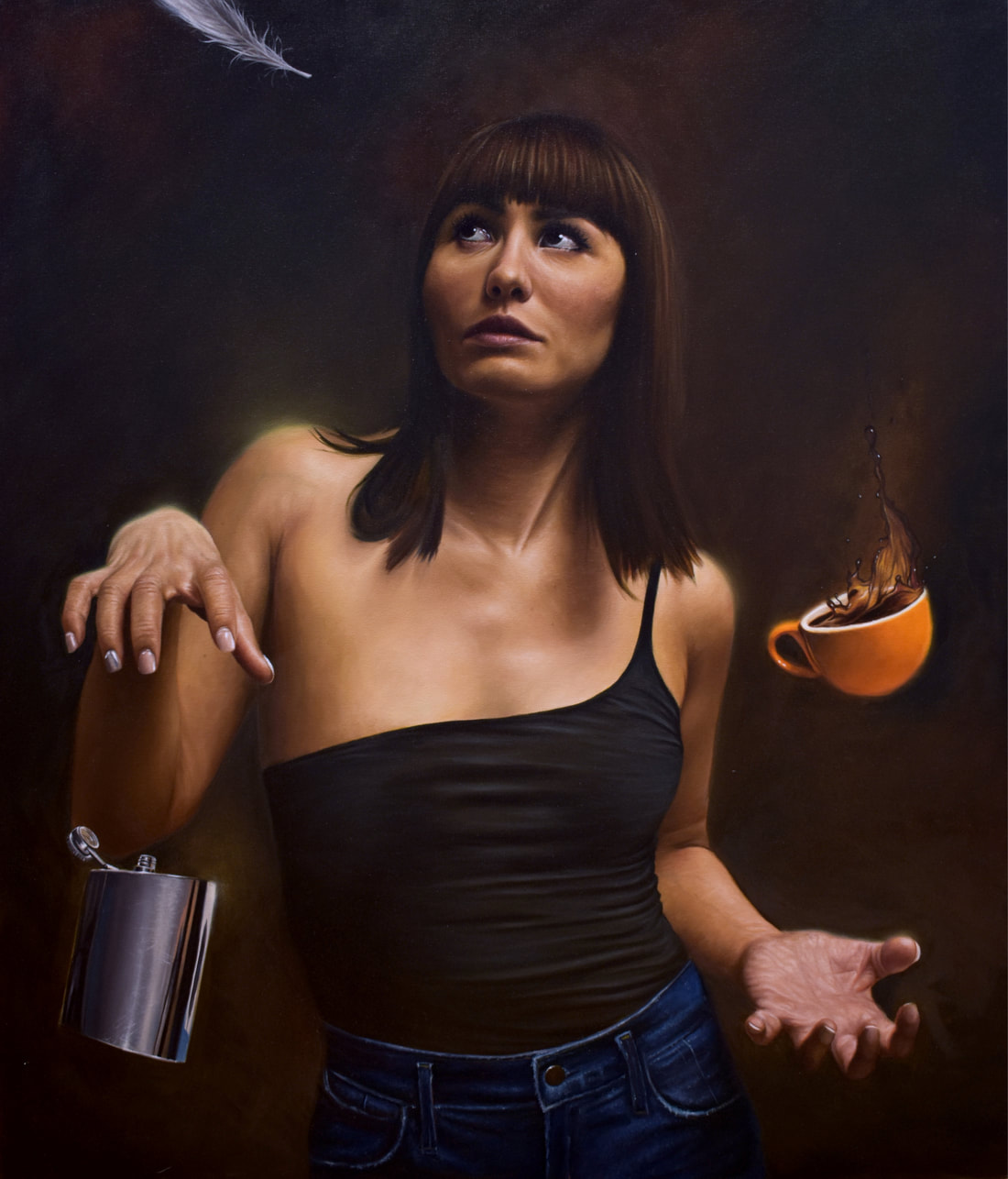 The Onderdonk Prize winner for this year's juried exhibition is Samuel Wilson. SAALM President Dona Walston interviewed him recently about his work. Although he won the Onderdonk Prize for his painting titled Held in Balance (above), his second selected piece called Pray (below) inspired many conversations. 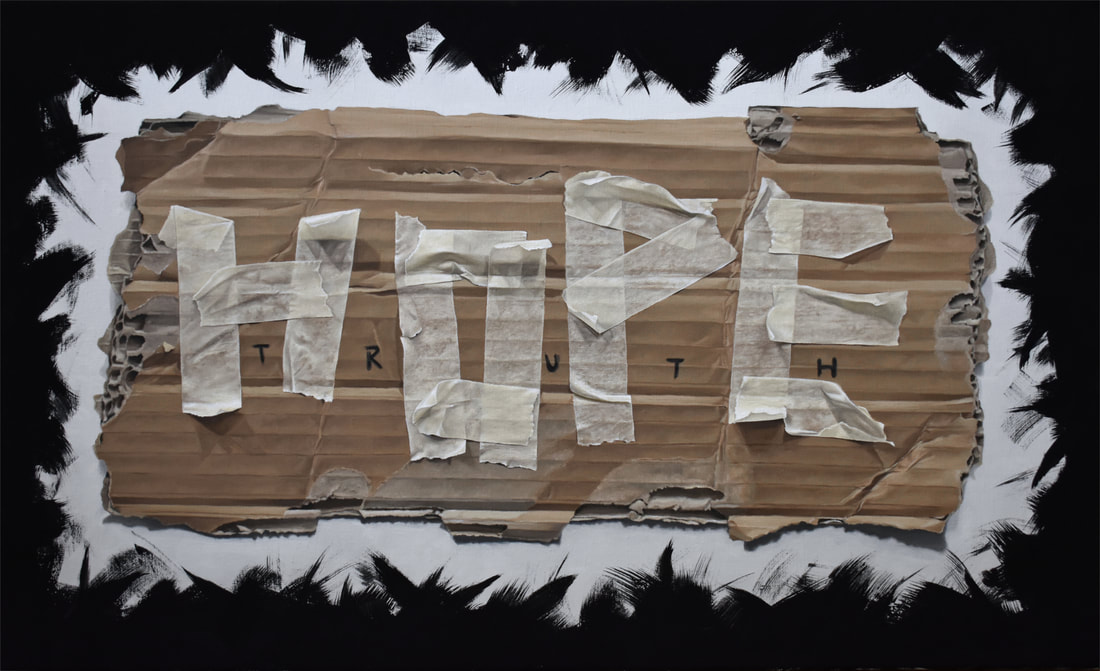 Here is what he says about the painting:

“That was great for me (that people wanted to touch it).  That was part of why I wanted to show the piece. I wanted to see how people interact with it. I almost had more fun watching people react to the ‘Pray’ piece than the ‘Held in Balance’ traditional piece. It's fun to see people exploring. That whole shock factor -- I’ve had people see the piece and then, you could tell in their face that they were trying to be nice, but they weren’t impressed because they didn’t understand what it was. That makes me light up because I know the secret is there and I’m waiting for them to realize it.

In between the letters H O P E, you can see truth in permanent marker.  The idea was just simply balancing the concepts between hope and truth.  For instance: I was hoping to get into a competition; rejection was the truth.  Hope is temporary - tape because it is removable and it is taken over by truth.  Truth is permanent, hope is temporary.“

You can learn more about Samuel Wilson and explore his amazing art on
his website:
www.samuelkwilson.com